Jackson Middle School’s KaTrinka Brown is greeted by college students and cheerleaders in a surprise celebration Friday where she found out she was the Piedmont-Triad Region Director of the Year. 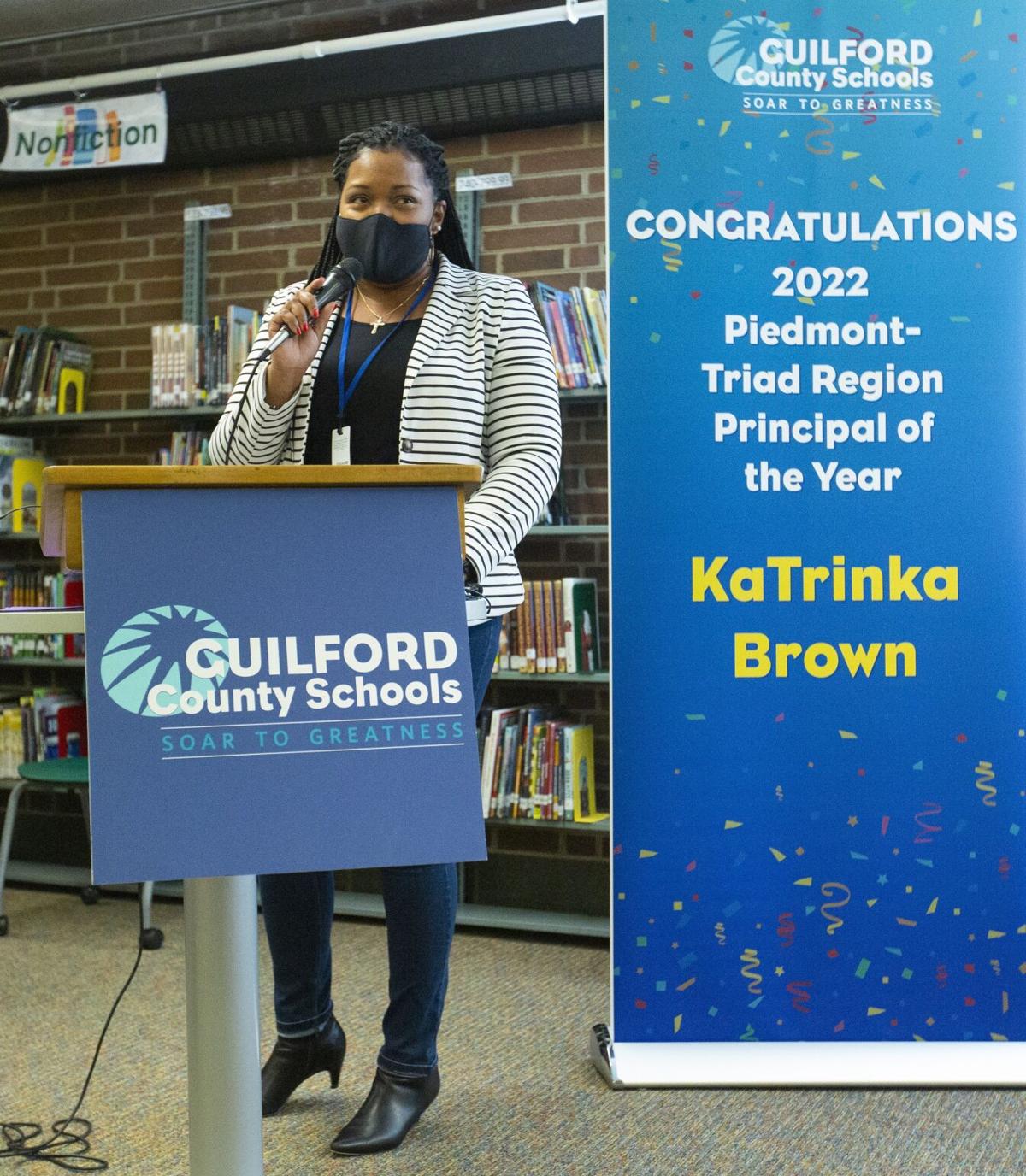 Jackson Middle School’s KaTrinka Brown finds out that she is the Piedmont-Triad Region Principal of the Year in a surprise celebration Friday at the school.

She will drive the bus to pick them up, but will wait until they get to Jackson to introduce herself as the principal of the school.

Brown got her own surprise on Friday when she walked into the school library to cheers and applause from school cheerleaders, other students, staff and principals, who revealed that she had been named director of the year for the Piedmont-Triad region. . It also means she’s a finalist to become North Carolina Principal of the Year.

“It’s amazing,” Brown said. “I love my students. I love our community. I like our staff.

Brown was named Guilford County Schools Principal of the Year this fall and then moved on to the regional level of competition. The Piedmont-Triad region of the North Carolina Department of Education consists of 11 county districts and five city districts.

Your subscription makes our report possible.

In a brief interview after the celebration, Brown said she takes pride in being able to do a bit of any job at her school, including driving a bus. Brown said she has had a commercial driver’s license for a long time and often helps students get to sporting events and other activities.